Let there be Light(s)

So building on my previous article on testing of LED strips and their light output and such, I finally ordered another few sets of the best one in Cool White as well as few sets of the same LEDs in Warm White.

Upon arrival, I found that time does not stand still and the new ones were now of a type 5730 whereas the old ones were 5630.  Close enough I reckon. So into my shed I went and setup my test rig to measure the amps, volts and lux for the strips. 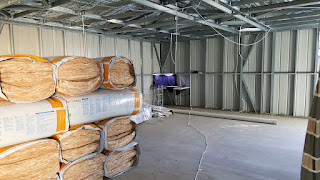 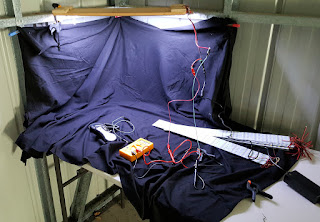 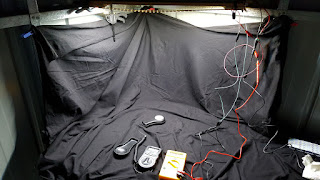 If you are comparing the measurements with my last ones, you will note I have adjusted to give it per metre rather than per 50 centimetre. It makes it easier when working out how much I need to buy to cover say a 6 metre layout or such.

So I did two measurements of the Cool White LED strips. 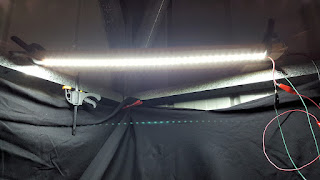 Then I did two measurements of the Warm White LED strips. 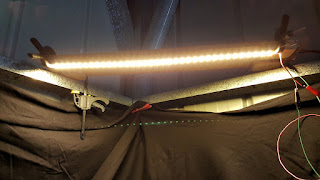 I then fired up both strips side by side. So here is a strip of Cool White towards us and the Warm White away from us. 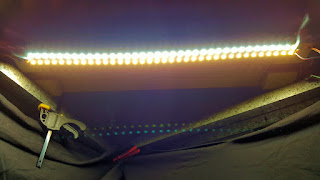 And here are the results. So the Cool White is definitely the go for producing the most light for each watt of power you supply it. The Warm white is not as efficient, as the LEDs are actually coloured somehow and this tint reduces the light output.

BUT, the Warm White does have a place. I do think I may very well use a strip of each for my lighting so that at times I can turn off the Cool White and be left with quite a nice warm light that would reflect an early morning or late afternoon glow for the layout. I wouldn't just use only the Warm White all the time - definitely need the brighter and whiter light form the Cool White. 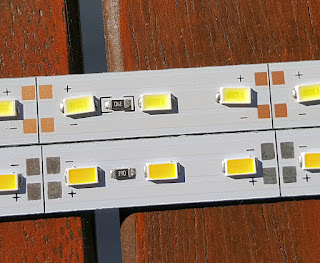