Don't Say I'm Not Nice to Others 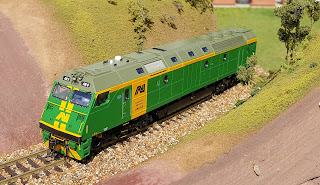 Well, a so called mate got himself an Auscision HO scale AN class locomotive the other day and wanted me to put sound in it for him.  I eventually caved in as he's the type that if he touches something - kaboom!

I made him test the loco itself under DC before he handed it to me, which he did - all the lights and the motor worked fine. So here is what I had to work with after he'd removed the DC board. 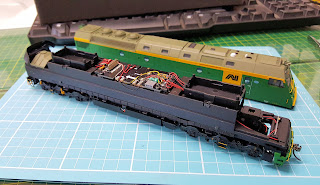 So I got him to order in an ESU v5 21 pin LokSound Decoder and one of those dual speaker kits, the ESU 50340 set which comes with two Sugar Cube Speakers and 3 different sized build-up sound baffles. 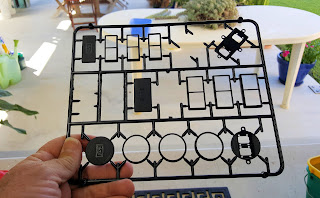 I then tried the 3 different sized baffle sets for fit and settled on the larger of the dual rectangular ones.  Here's a photo of the a 2mm and the 3mm spacer with the bottom and top pieces. So it gave an overall height for the baffle set of 11mm and 20 x 40mm cross section. 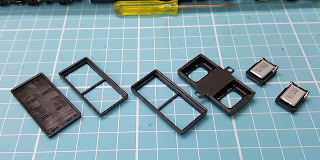 The next few shots show the build of the speaker setup.  I glued each layer of the baffle with normal Revell Liquid Plastic Cement and then used Aquadhere to glue the actual Sugar Cube Speakers into the baffle set. The white glue of course takes a number of hours to dry, so I used some wooden pegs (suitably modified) to hold the speakers in overnight. 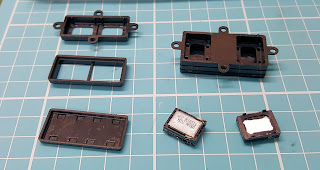 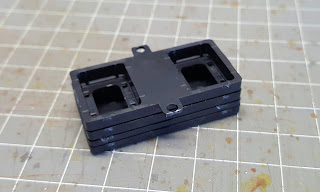 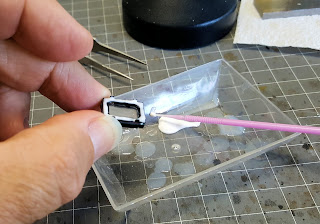 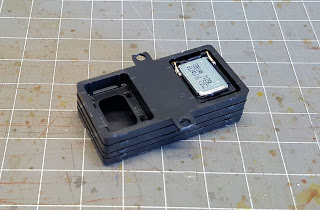 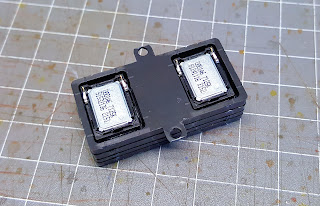 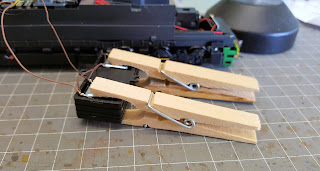 The ESU LokSound decoder is a 21 pin version and it just plugged in without any wiring at all - saweeeeet. 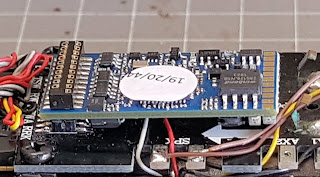 The shell for the loco was then put on and fitted well - just fitted in fact!.  Then it was onto the ESU Programmer and the sound file pushed to the loco.  I used the ESU "S0531-LS5H0DCC-Diesel-EMD-16-710G3A-T-V4-R4" sound file from their website after my mate tracked down that the AN class had an EMD 16 cylinder 710G3A donk in them. 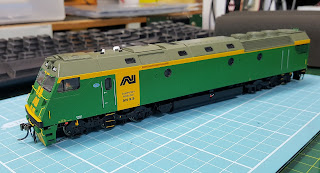 A test run of the loco and relative adjustments to sound volumes, momentum settings and basic runnings adjustments were then made using JMRI since I prefer that application for those sorts of adjustments. The loco was then packed up and I emailed the SOAB mate of mine that he'd have the loco on Wednesday at the club :-) 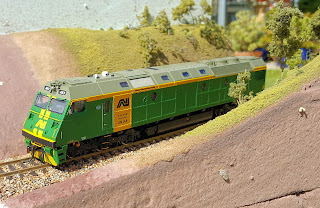