The other week I was running my Life-Like N-scale version of this big steam locomotive when a friend said he would put a decoder into his - which he since has.  So with my mate Peter's install doco in hand, I tackled the install on mine.  Of course I had it easy as Peter had already gone down the path of pulling it all apart before realising there was a simpler way, which he documented of course.

So I took the lids of both the loco and the tender for a look see - two little screws is all that it took.  The decoder for the motor will go in the loco itself and there would appear to be oodles of space in the tender for adding sound later on as a second decoder....

In this next shot you can see we have plent of room for a decoder to the right of the rear worm gear. 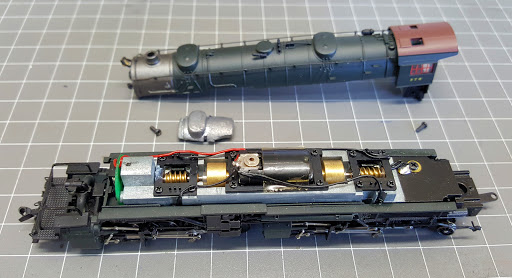 Luckily the motor is already isolated on one side and the wheels are totally isolated from the frame... after a simple modification. That screw to the right of the rear worm gear grounds the right hand side wheel pickups to the chassis, so unsoldering these wires allows the frame to act as one one input to the motor. Anywho, I followed the new version of Peters installation doco and continued on.

I found a spare decoder in my box of DCC goodies - an old NCE N12SR still in its packet in fact. With a 1 amp motor rating, this should well and truely cater for this little loco. 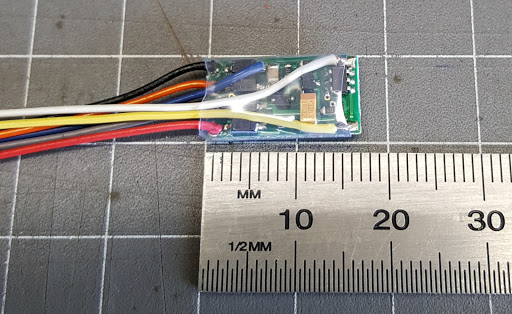 So the next thing to tackle was to get at the front LED circuit board. Cutting a PCB track and soldering on some wires was required as was a bit of grinding to allow the wires to nicely come off the board and along the loco body.

Now this might look rough, but I put the rubber jaws in before very carefully clamping the loco so I could get at that front PCB. 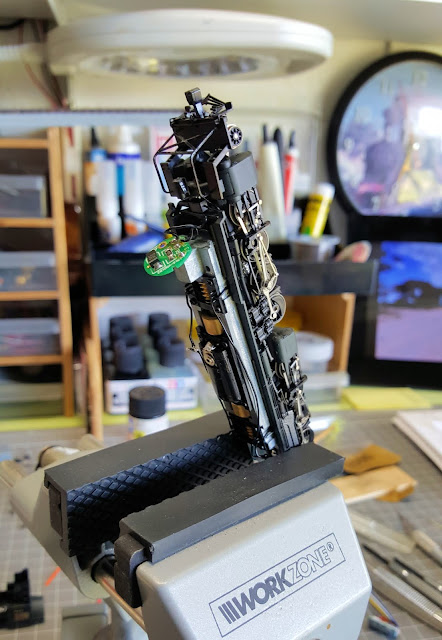 You can see the two grinding spots marked with red arrows in the next shot. 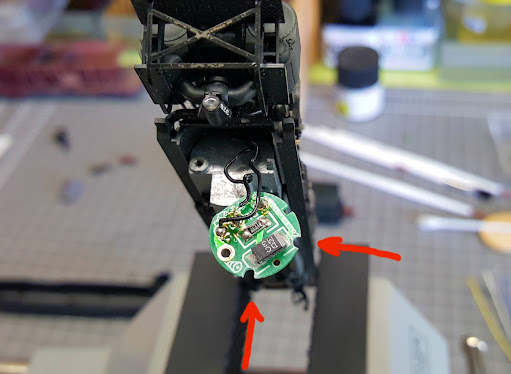 After this I soldered on the new wires and such and tested the loco on my JMRI DCC setup.  She was ALIVE !  So I hadn't stuffed anything up (hang in there folks). 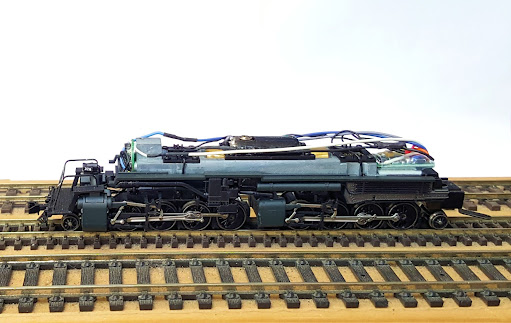 Then it was time to put the shell back on - careful, careful and there... bugger  !  Yep, you guessed it - stuffup.  Well not really.  The wires I had chosen to use were tiny, but still a bit fat for the job I expected from them.  You see, there is bugger all space between the loco shell and the metal chassis.

So I had to remove them and solder in new ones - a lot thinner ones.  Luckily I had spools of relavent coloured wire of a suitable diameter - tiny. 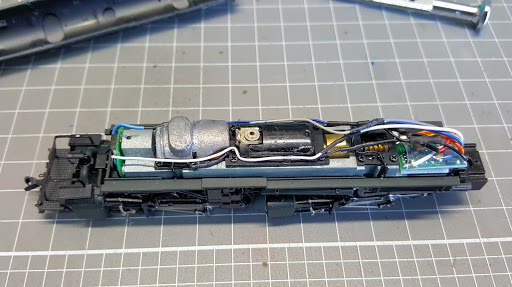 Tested and all was good.  Then it was the let's play with it for 30 or minutes poking this wire here, that wire there, a drop of glue here, a "cut this glue free" there, rejig, rejig rejig.  Eventually all fitted and the lid came down perfectly.  Job complete. 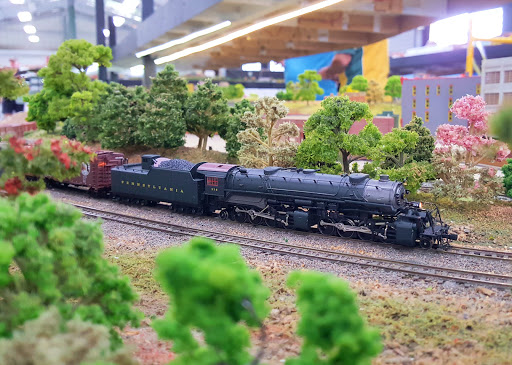